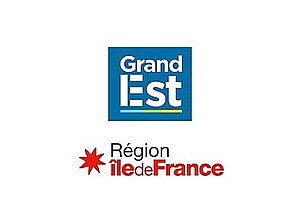 After the devastating damage caused by the yellowing virus in France in recent years, French regions are particularly involved in beet rescue in the MODEFY project. The project includes several cooperation partners such as the ITB, INRAE, Deleplanque and Strube. The regionally funded project was already launched in autumn 2020. MODEFY - "Monitoring & Defence against Yellow virus" receives approximately 1.5 million euros in funding from the Île de France (80%) and Grand Est (20%) regions. The Deleplanque/Strube group of companies is also heavily involved financially - including the breeder's own contribution, it reaches a total budget of about 3.2 million euros.

MODEFY is an exciting project with a holistic view of research, industry and the environment. The first steps of the project have already been successfully implemented, such as setting up trials in greenhouses, tunnels and fields. Already this spring, the first beets grew up at the new research station Estrées-St-Denis as part of the project and could be bonitised and evaluated.

The funding regions at a glance:

The Grand Est region covers an area of approximately 57 500 km², from Strasbourg in the east to Nogent-sur-Seine in the west. It comprises a total of 10 counties with approximately 5.5 million inhabitants, representing 8.4% of the population of France. Deeply rooted in Europe, it is the only French region bordering 4 countries: Germany, Belgium, Luxembourg and Switzerland. Among the French regions, it has the highest number of communes and is characterised by its rural character, with 5,121 communes.

The Ile de France region is located in the north of France and includes almost the entire conurbation around Paris. The Region acts in most of the fields that concern the actions of the 12 million inhabitants of Ile-de-France: transport, high schools, apprenticeships, economic development, the environment, etc. In addition, it develops a territory that is both urban and rural, which represents 2% of France but concentrates 18% of its population and contributes almost 30% of the national GDP.