Doubled-haploid (DH) technology significantly accelerates wheat breeding. This is achieved, in the lab and the greenhouse, by regeneration of pure (homozygous) lines from wheat germ cells produced by crossbred plants in just a single generation. Some of these DH plants carry the trait-of-interest (e.g., disease resistance). Because DH plants correspond to pure lines, the trait is fully expressed, allowing selection of suitable combinations with other traits such as yield parameters early on during the breeding process. A prerequisite, however, for the successful selection of high-performing trait combinations, and thus breeding success, is the ability and capacity to produce sufficiently large numbers of DH plants. A common method for production of DH wheat plants depends on the recovery of fertile plants that are derived from female germ cells. Male germ cells, however, are produced in much higher numbers, and thus have an enormous potential for DH production. ANDRO-DH, a research project at Strube that is funded by the European Union through the European Regional Development Fund (ERDF), is targeted at leveraging this potential. The project aims at identifying cell culture conditions, by use of impedance flow cytometry, that allow regeneration of DH plants from immature male germ cells (androgenesis). The development of an androgenesis-based method of DH production will help expand the genetic diversity of wheat breeding material, increase the selection potential of DH populations and accelerate breeding progress. 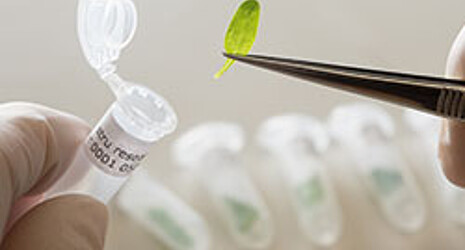 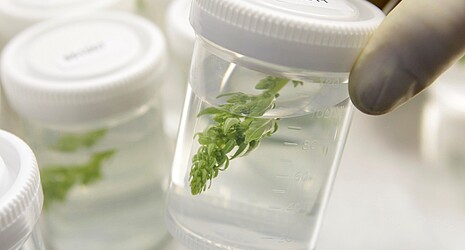 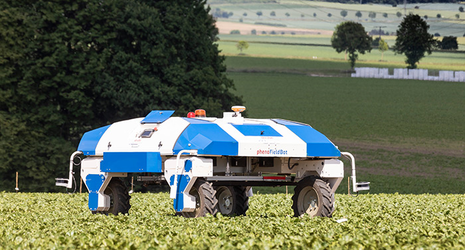